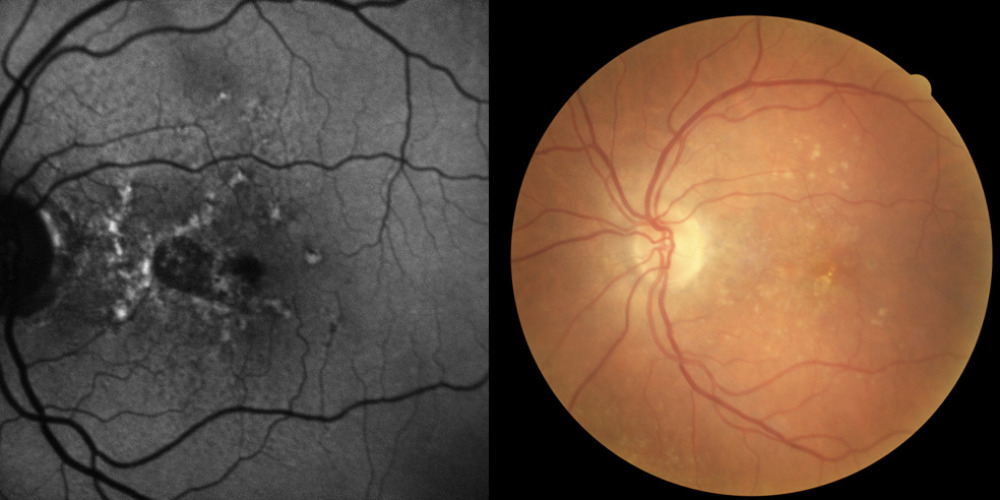 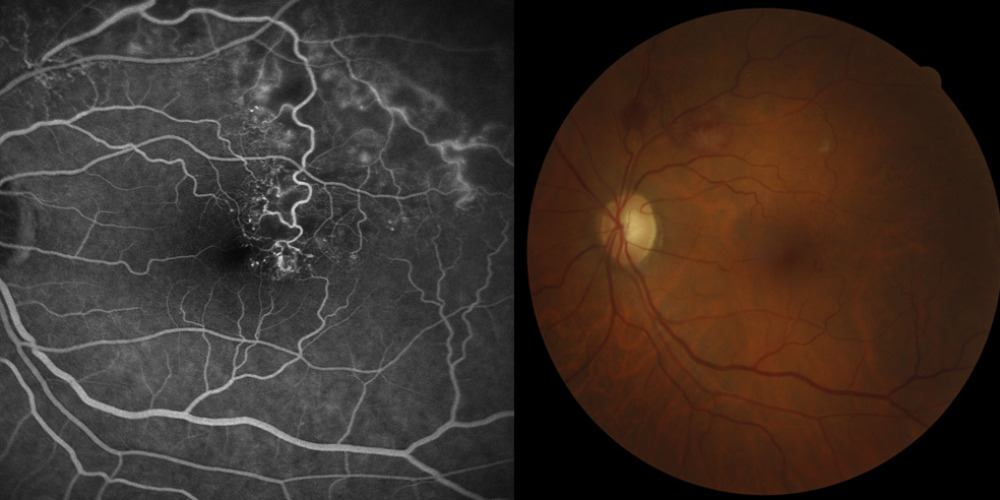 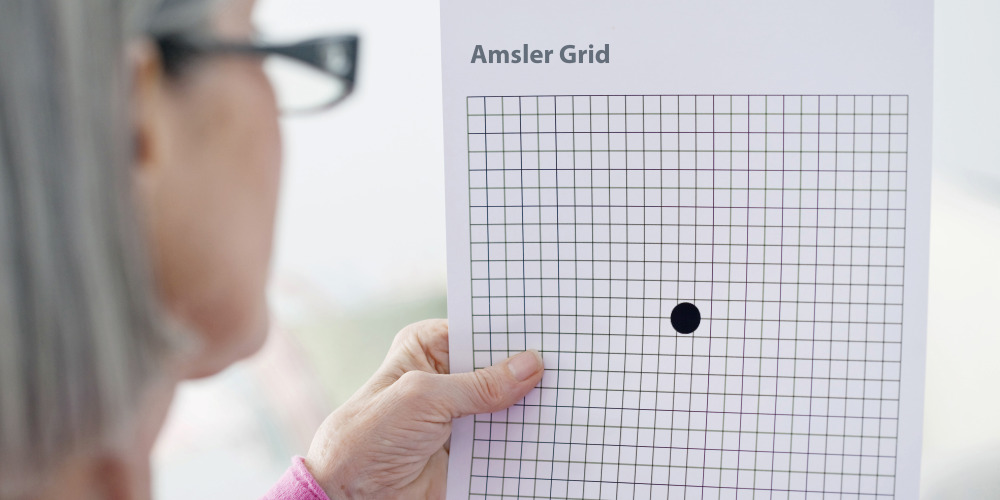 What is Age-Related Macular Degeneration AMD?

The macula is the region at the very centre of your retina. It is responsible for detailed vision and most of your colour vision. It allows us to read, watch TV, recognise faces, drive a car, perceive colours and many other activities that require detailed vision.

What is Age-Related Macular Degeneration AMD?

Age-Related Macular Degeneration is a degenerative eye disease that can result in reduced central vision, but leaves peripheral or “side” vision in place. It usually affects people over the age of 50 years, and becomes more common with increasing age. After the age of 75 years, 1 in 3 people have some form of macular degeneration. AMD, when inherited can also affect those of younger age.

In this stage of AMD progression, the waste products of the retina begin to accumulate underneath the macula. These accumulations of waste products clump together and are known as drusen. During an eye examination the drusen appear as yellow spots on your retina. On OCT imaging, these can be seen as small bumps beneath the retina. This early stage of AMD may not cause visual problems but does lead to an increased chance of developing Wet or Dry (Late stage) AMD.

AMD is caused by both genetic and environmental factors. Those with a family history have a 50% chance of developing AMD. Other risk factors include smoking and diet.  Children of patients with AMD should be checked annually if they are over the age of 50 years.

Loss of vision indicates the later stages of AMD. The two forms of late-stage AMD are ‘Dry’ and ‘Wet’ AMD. Early detection of Wet AMD is important as the response to treatment is much more favourable.

Slow form of the disease and results in a gradual loss of vision. It occurs when retinal cells begin to die. This leads to patches of missing retina and a loss in vision. Dry AMD accounts for 33% of all late-stage AMD cases. Dry AMD can develop into Wet AMD so regular monitoring with the Grid (refer below) is important.

Occurs when abnormal blood vessels from below the retina (the choroid) grow into the retina causing damage. This occurs in response to an imbalance of growth factors and is known as Choroid Neovascularisation (CNV). These new vessels are fragile and tend to rupture, causing leakage of fluid into the macula, which may lead to scarring and results in loss of central vision. On average, without treatment central vision is lost or severely diminished by six months. Without treatment, the majority of patients become legally blind in the affected eye.

Visual changes associated with Wet AMD are often sudden and severe. Early detection of Wet AMD is crucial, so if any sudden changes (distortion of straight lines or a blurred patch) occur you should contact the clinic immediately. The earlier treatment is received the more likely a better outcome will occur.

What can you do to minimize the progression of AMD

How do I know if I have AMD?

Symptoms may be one or more of the following:

What treatments are available?

Treatment options are dependent on the stage and type of AMD.

For Dry AMD, there are no current treatments to reverse the effects.  Preventative measures are advised to slow the progression as listed above in “Minimizing the progression of AMD”.

There is treatment available for Wet AMD. The treatments target the new, abnormal blood vessels that have grown onto the retina causing the leaking and scarring. By far the most common and effective treatment is Eylea and Lucentis.

Both Eylea and Lucentis are an antibody that blocks the action of the growth factors, which are responsible for the new blood vessels in the eye. Eylea and Lucentis are given via an intravitreal injection into the eye. On average people gain 8 to 10 letters on a vision chart. Deterioration of vision is prevented in ninety five per cent of patients. Eylea was listed from 1 December 2012 on the Pharmaceutical Benefits Scheme (PBS). Eylea is effective in the eye between 4 to 8 weeks and needs to be given repeatedly. Lucentis was listed from 1 August 2007 on the Pharmaceutical Benefits Scheme (PBS). Lucentis is only effective in the eye for 4 weeks and also needs to be given repeatedly. Most patients require long term treatment.

Side effects of Eylea and Lucentis

The main risk of injections is infection. The chances of this are small and should not deter someone from commencing treatment. If left untreated, the chance of severe vision loss from Wet AMD is much higher than the chance of severe vision loss from infection. The rate of infection is approximately 1 in 1000 injections. To prevent infection, betadine is used in all patients, and a sterile injection technique is used.

If you have injections you will be given a handout which lists the symptoms of infection and what actions to take in the very rare circumstance of this occurring.

The Amsler grid test is a method for checking your central vision and the function of the macula. Detecting small changes early can lead to an early diagnosis and prevent severe deterioration of your vision.

How to perform the grid test: